Initially, our researchers' attention was drawn to this Tweet: 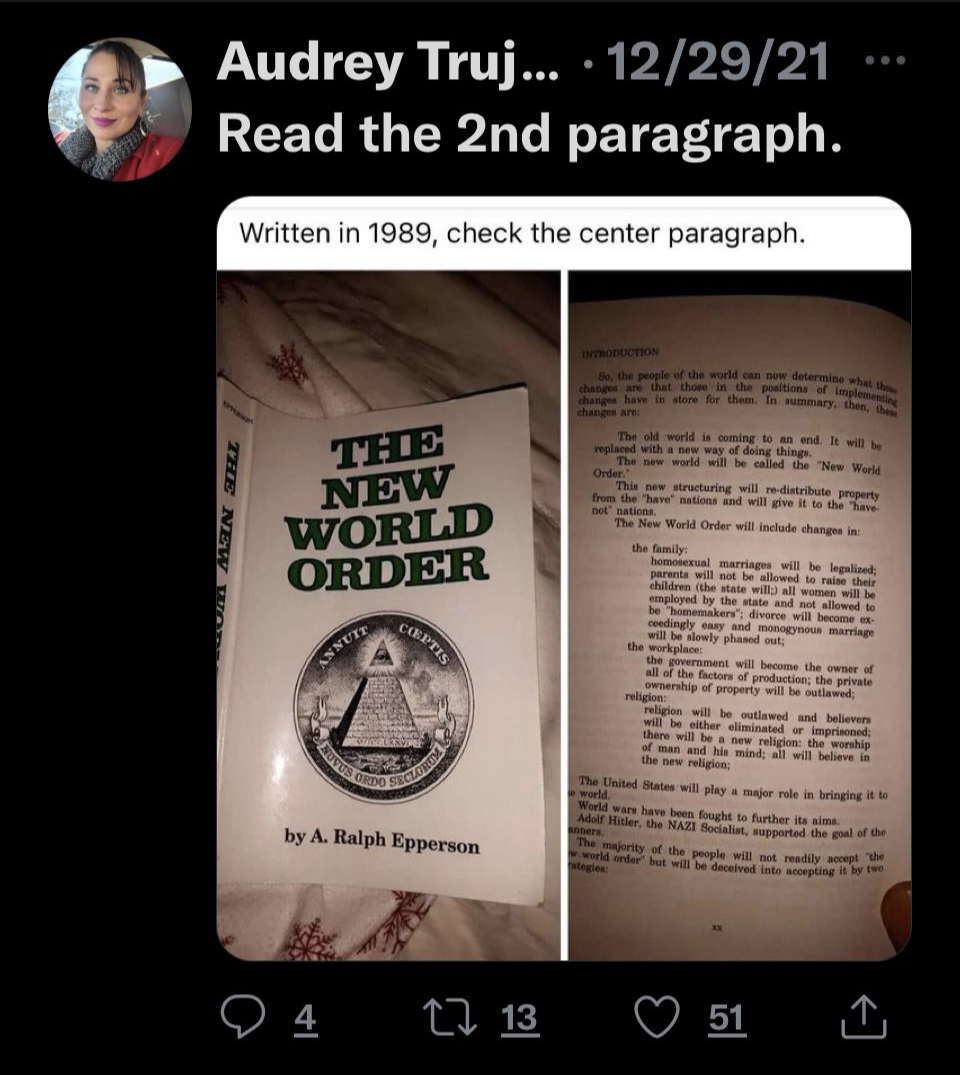 Ralph Epperson (1973-) is an American author infamous for his anti-Semitic and anti-masonic conspiracies. Completed in 1989 and first copyrighted in 1990, The New World Order discusses Epperson's "research" on the "symbols" of The United States;

"The Great Seal of the United States with a pyramid, an eagle, Latin phrases, etc., has been reproduced in the two circles on the back of every American dollar bill, but few in America know what these symbols mean. The key to understanding the meaning behind these symbols is found in the translation of the Latin phrase "Annuit coeptis Novus ordo seclorum" ("Announcing the birth of the New World Order), found on what is known as the Reverse Side of the Great Seal. Historian/author Ralph Epperson has spent many years researching the history of the Great Seal and has discovered that those who designed the two circles committed America to what has been called "a secret destiny." This future "destiny" is so unpleasant that those who wanted the changes it entails had to conceal that truth in symbols. This book, The New World Order, is an amply documented explanation of what those symbols mean. The author is making his research available to the American people so that they may know just what their future is, and so that they can take corrective action" (WorldCat).

In chapter 3, Epperson claims the New Age world leader will be "Lord Maitreya." According to Epperson, Lord Maitreya has lived in the Himalaya Mountains since 1977, preparing to take over the world on January 1st, 2000. The New World Order has been published in several book editions since its original publication; even in 2022, Epperson and his followers are still waiting for Lord Maitreya to appear.

According to the Southern Poverty Law Center, The Christogenea, or Christian Identity movement, adopted the same Anti-Semitic views as Ralph Epperson, and Epperson appears heavily in their literature. 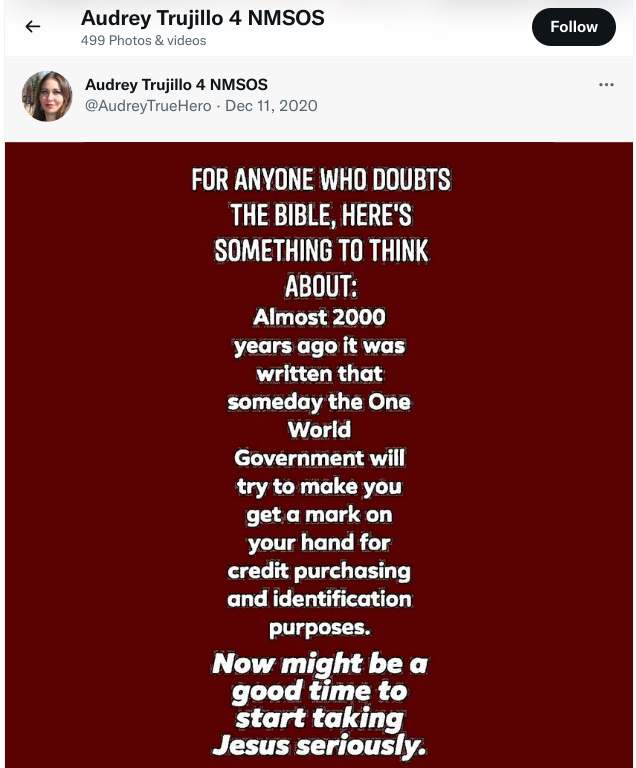 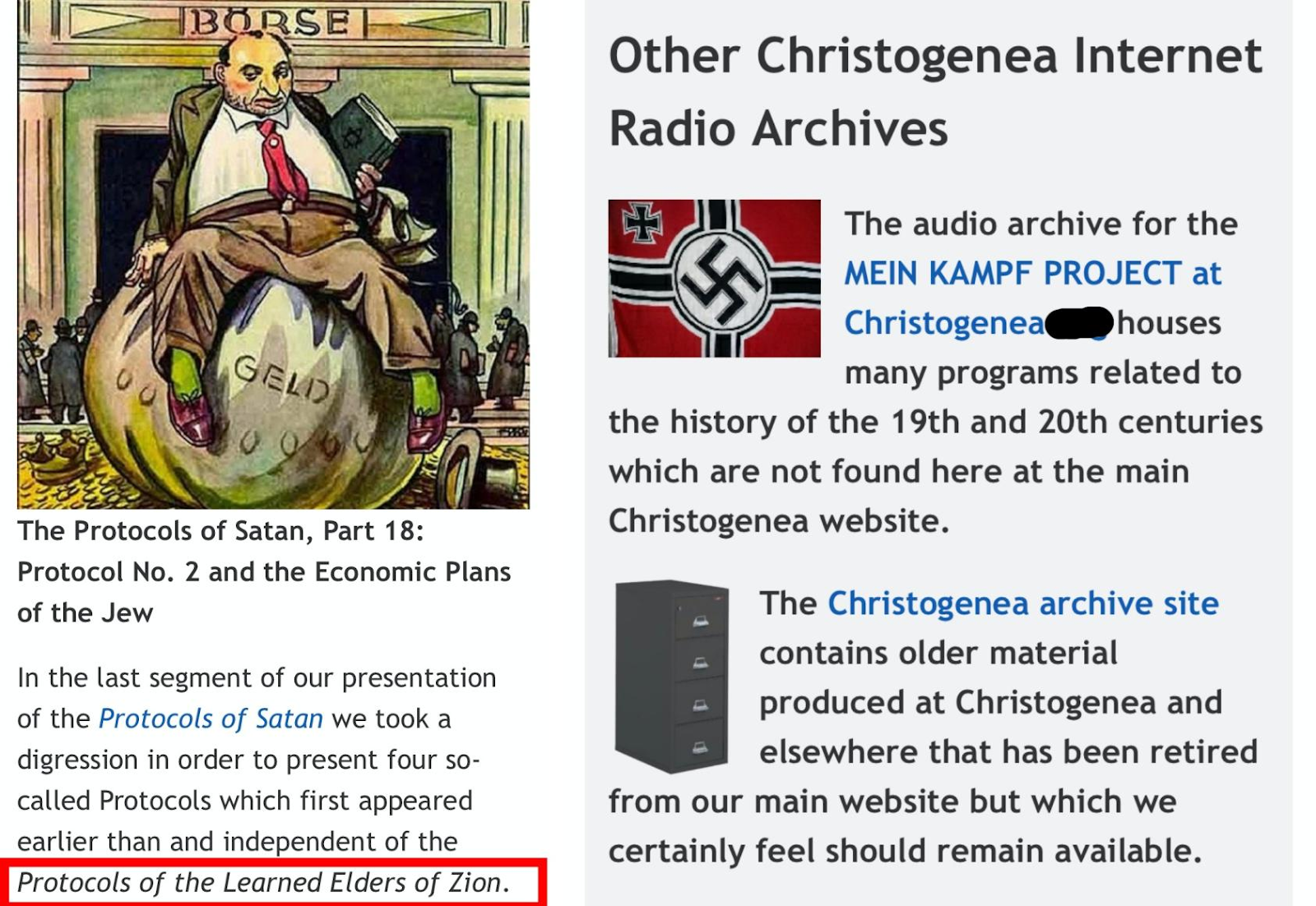 For example, in Protocols of Satan: Part 18: Protocol No. 2 and the Economic Plan of the Jew, Epperson's attacks on Jewish bankers JP Morgan and the Rothchild family are featured no less than 15 times.

But, that wasn't Audrey's only foray into the world of White/Christian Nationalism and Anti-Semitism. 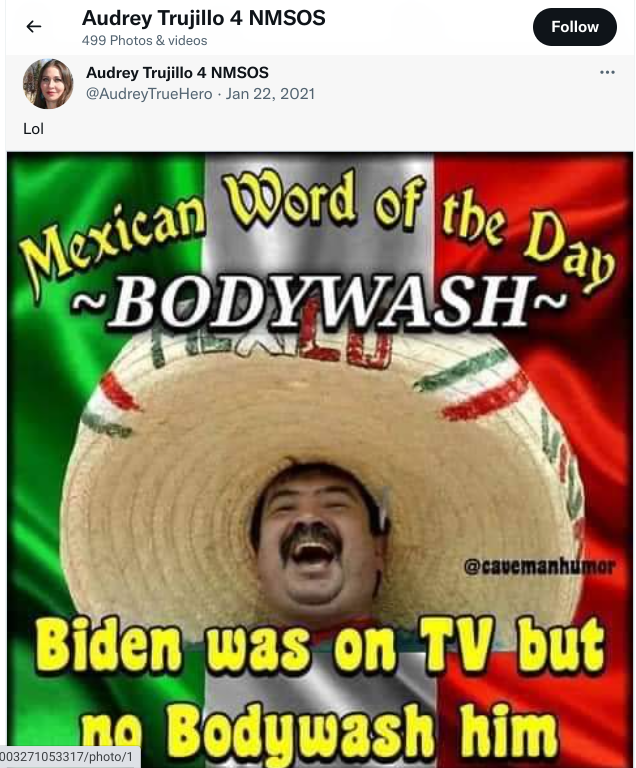 Interestingly, when caught, Audrey claimed in a press release that she is a "15th generational Hispanic woman born and raised in New Mexico with Jewish ancestry. Audrey's reading list and social media posts make it difficult to believe her claims of not being racist and anti-Semitic.

Popular posts from this blog

All About Audrey Trujillo 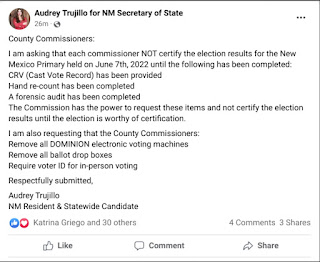 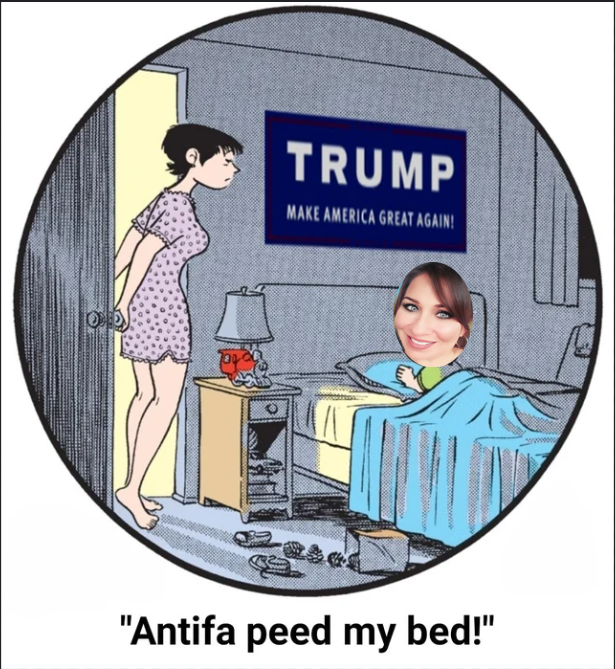 Our researchers Tweeted about Audrey’s racist and anti-Semitic tweets for months. She was finally called out for her posts by New Mexico State House Leader Brian Engolf and State Representative Matthew McQueen in April of 2022.     In her press release, Audrey claimed, "... House Speaker Brian Engolf posted an attack against me on Twitter with screenshots of fake profiles created by known members of Antifa smearing my name ."  ( Deleted Tweet )   Eventually, Dan McKay of the Albuquerque Journal wrote about it: Candidate’s account links Jews to vaccines, mocks Mexicans . Trujillo claimed the tweets were fabricated in the interview, “perhaps by Antifa activists.”  Later, when shown her social media posts, like Marjorie Taylor Green, Audrey Trujillo contended that she didn’t remember the tweets. It is important to note in the article that Audrey actually claims that she is, " Hispanic and has Jewish heritage.  “I’m not racist,” she said. “Honestly, I hate that stuff.”
Read more

Ghosts in Backroom Corners
We are a collaborative of researchers, authors, and ghosts from across the state of New Mexico. Our purpose is to expose corruption, fascism, sedition, and White and Christian nationalism in New Mexico Politics